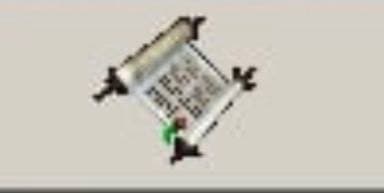 Greetings to everyone in the new year of 2021!

We want to share some news with you, both great and not so great. As you know, there is a chance to loot a 50 euros coupon from a mob’s drop, which you can exchange for cash or perks, it’s up to you. Yesterday two players at once got lucky, and we say they were exactly lucky since the chance to find the coupon equals 1: 50 000
At 19:58:11 at coordinates 5615 1068 a character by the name Johnny killed an undeadflayer and discovered a 50 Euros coupon. The player looted it and soon will receive his/her prize.
Congratulations!

Some time later (here I’m starting to think that I have to do something with the random system because it works way too often :-/ ) another character CharlieRunkle found a 50 euros coupon at 20:19:29 at coordinates 6096 2841 by killing liche.
The player DIDN’T loot the coupon and it disappeared along with the liche’s corpse.
Congrats to the winner and we want to warn you to pay attention and carefully check all the corpses, starting from cats and ending with barlons, because the coupon may drop from any monster!
Good luck hunting!

P.S.: Considering that the second coupon wasn’t looted and it vanished you still have a chance to get the other 4 coupons!